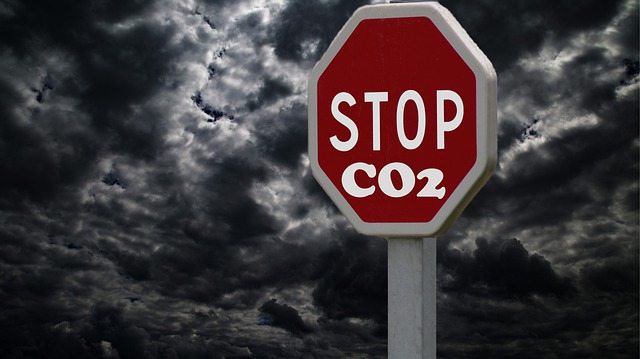 When we want to stay in the doughnut, we need to mitigate climate change and the overshoot in the other eight elements of the ecological ceiling. Countries can take measures by themselves, but when others do not put in the same effort, this is likely not enough. A small country like the Netherlands, for example, could still be threatened by a rising sea level, no matter how much effort it puts in.

Some countries sweep their own streets clean by offshoring the most polluting industries and waste management, while importing the products these industries produce. Other countries draw up strict policies, which will likely affect local households and businesses, which might put businesses at risk to be out-competed by products from abroad.

I think we have seen it all. The thing that interests me the most at the moment though, what I want to talk to you about, is protectionism that follows from measures to mitigate the overshoot of  planetary boundaries.

The first article that triggered this topic was the 27th July 2020 article Moscow cries foul over EU’s planned carbon border tax in the online magazine Euractiv. The article relates that “Russia’s economic development minister warned last week that the EU’s plans to deploy a carbon tax at the bloc’s borders will not be in line with World Trade Organisation (WTO) rules.”, referring to the European Commission’s plan to deploy a carbon border tax.

A carbon border tax is one of several mechanisms that the European Commission is considering as part of the European Green Deal. The tax would reflect the amount of carbon emissions attributed to goods imported into the 27 countries of the EU.

Russia’s economic development minister states in the Euractiv article that the carbon border tax will not be in line with the WTO rules. Two key principles of the WTO rules apply: the most-favored-nation principle, under which different trade partners are to be treated alike, and the national treatment principle, which means that the goods of foreign and domestic producers should be treated alike.

European manufacturers are now subject to the EU’s Emissions Trading System (ETS), which means they have to buy the right to emit carbon dioxide. This places them at a disadvantage against manufacturers from abroad. One could argue that this goes against the WTO’s national treatment principle. From the perspective of European manufacturers, a carbon border tax could help level the playing field.

Furthermore, the WTO’s General Agreement on Tariffs and Trade (Article XX, “General Exceptions”) allows member states to impose measures “necessary to protect human, animal or plant life or health.” This exception would allow the EU some leeway to impose a carbon tax.

The EU is not the only player in international trade that seeks to protect the ecological ceiling. From an article on phys.org on the 28th of August 2020, Sri Lanka to ban imports of plastic goods to protect elephants, I learned that “Sri Lanka will ban the import of most plastic products in a bid to protect wild elephants and deer that die eating the waste”. This brought back to memory the story of the whale that died of 88 pounds of plastics in its stomach, from March 2019.

It also seems to point at a pattern: if the process of international cooperation to mitigate the planetary thresholds is too slow, countries seek to find other means to force hands. This does not mean that these countries are always top of the class themselves. It does mean that mitigating the overshoot of the  ecological ceiling causes some interesting dynamics in global trade, which makes for an interesting discussion in the classroom.

It also shows that, in a 21st century education, students need more than a basic understanding of international organisations that affect humanity’s ability to stay in the doughnut. I found the explanation of the World Trade Organization by the journalist Haley Sweetland Edwards in her TED talk on international trade helpful to understand how – and why – the WTO came into being and how – and why – it evolved.

Image by kalhh on Pixabay