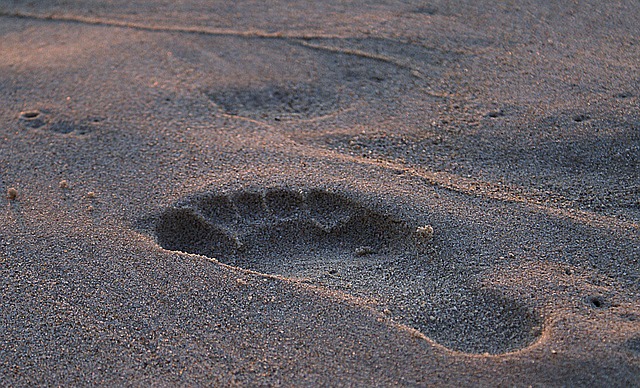 How to describe an industry

I want to dedicate this post to Arjen Y. Hoekstra, the scientist who invented the water footprint. He died in November 2019 and I sincerely hope his work will be continued.

As you may have understood from my previous posts (part one and part two), I am in the process of describing an industry from the perspective of the doughnut framework.

So far I have focussed on the production of waste in the usage phase of the value chain. This was mainly directed at the volume of waste – think of piles of clothes. In the second part I turned my attention to apparel made of natural fibres, of which cotton is the most resource intensive. Since cotton is an agricultural product, it was only natural to turn my attention to the water footprint of cotton production.

The water footprint of a product is the total volume of freshwater used – that is, consumed or polluted – to produce the product, measured over the whole product chain. The water footprint is measured in cubic metres of water. It consists of three components: the green, blue and grey water footprint. The ‘green’ water footprint refers to the consumption of  rainwater, while the ‘blue’ water footprint measures the consumption of groundwater and surface water through irrigation. The ‘grey’ water footprint refers to the volume of water needed to assimilate pollutants from human activities that enter freshwater bodies. In other words, how much would you need to dilute polluted wastewater to ‘disarm’ the pollutants in it.  This is used to express water pollution in terms of the claim it puts on scarce freshwater resources, to show the competition between water pollution and water consumption. It does not mean we should actually dilute wastewater, since this would increase the pressure on fresh water. Recent data compiled by the World Bank suggests that pollution can reduce economic potential of downstream areas by up to one third.

While researching the water footprint, I learned about a whole multitude of footprints that can be used to assess the performance of a consumption pattern, an industry or a country:

The ecological footprint measures the assignment of land as a resource and the land needed for waste uptake. Land as a resource measures the areas that are in use for agriculture, fishing grounds, forestry and land that has been built upon. The land needed for waste uptake does not refer to land in use as a landfill site, but it generally refers to the forest land required to draw back the carbon dioxide emitted through the burning of fossil fuels. As such, the second component can be seen as a carbon footprint. The ecological footprint is measured in hectares.

The fashion industry is responsible for 10% of the annual global carbon emissions. Part of these emissions are caused by transportation throughout the value chain, which shows an increase especially due to online sales. Fashion has become more global, because online markets have a much larger reach. Products that may not be available in your local store can still be bought online. This online accessibility has also promoted the trend of excessive buying over online platforms, the so-called ‘hauls’. Just search on ‘fashion haul’, or on a specific online outlet plus haul on Youtube and you will find many of these. I cannot but assume that all or part of the items shown will be returned after some of these home trials.

The material footprint of the fashion – apparel – industry would consist of biomass to produce natural fibres and fossil fuels to produce synthetics. Synthetic fibres, that make up 68% of global fiber production, require 70 million barrels of oil per year. The global material footprint rose from 43 billion metric tons in 1990 to 54 billion in 2000, to 92 billion in 2017. This shows that the rate of natural resource extraction has accelerated since 2000. Moreover, the global material footprint is increasing at a faster rate than both population and economic output. It is projected to grow to 190 billion metric tons by 2060.

The apparel industry for example has an impact in various stages of the value chain. Produced wastewater from synthetics production, 68% of global fibre production, can contain pollutants like lead, arsenic, and benzene. Wastewater from viscose production, 6% of global fiber production, contains sulfuric acid, zinc sulphates and organic matter. In the spinning and weaving stages of yarn manufacturing, lubricants, accelerators and solvents may be released into the environment, and in wet processing, like dying and printing of fabrics, 15,000 unique chemicals are used, including heavy metals. The largest group of synthetic dyes used, are not readily biodegradable and can gradually accumulate in organisms, including humans. Some have been known to permanently change genes or cause cancers in humans. And when washing clothes micro plastics are released in the environment as a result of the use of synthetic compounds in fabric production.

For each type of environmental footprint there is a maximum sustainable level. Freshwater is a unique type of resource. In general demand is largest when supply is lowest. Freshwater stocks on land get depleted by evaporation and drainage to the oceans, but they are continuously replenished by rain. Therefore freshwater is a renewable resource, but since we cannot ‘make’ it, it is finite. One could argue that freshwater becomes an infinite resource when we produce it by desalinating saltwater. This process costs a lot of energy, however, and is therefore not suited to supply agriculture, the bulk water user.

When we talk about finite resources, we should talk about ‘protection’ or ‘conservation’ of those resources. Generally, when we talk in those terms, we think about the water we use at home. The water we use in our homes, however, is only 1/50 to 1/100 of our total global water usage. 40% of the water footprint of European consumers lies outside the continent, often in places with severe water problems. In 2000, the average annual consumption of water per person was 1,385 m3. The World Counts keeps track of the global water usage throughout the year:

One ton of water is equal to one cubic meter.

Note that the water footprint measures only consumptive water use. This is water that is not returned to the  source from which it has been taken, or has been returned, but has not been cleaned before disposal. Water use is not a problem, as long as we clean used water and return it to the river or aquifer from which it was drawn. The idea of ‘zero water footprint’ as the ultimate target for industrial processes fits within the idea of the circular economy. But before that we need to stabilise our total water footprint. In order to do that we need to decrease our 2000 footprint of 1,385 m3  to 760 m3 by 2100. This decrease takes the projected population growth into account. This leaves us little space to maneuver. But to give you an idea of our manoeuvring space: the global average water footprint of cotton fabric is 10,000 litres/kg. That  means that one cotton shirt of 250 g costs about 2,500 litres. A pair of jeans of 800 g will cost 8,000 litres. One cubic meter is equal to 1,000 litres.

Our manoeuvring space is limited not only by the ecological ceiling, but also by the social foundation. Freshwater is not only a scarce resource, with different users competing for access, water is also a common-pool resource, a commons. Common-pool resources form a specific category of goods with two distinctive characteristics: they are ‘open access’, which means that they are not privately owned, and there is competition, which means that use of the resource by one subtracts from the possible use by another. Another way to say this is that water usage externalises costs to others, be it in the direct environment or downstream.

This characteristic is known to economists as a ‘free-rider problem’, since those who benefit from the common pool resource do not pay for it or under-pay. This results in overuse and degradation of the resource. A documentary that discusses this is The Bottled Life, about water usage for water production.

Many of the planetary boundaries have a social aspect. In the table below I link the elements of the ecological ceiling with the footprints I have found so far, and the most relevant element of the social foundation. With the current uptake in life cycle assessments of materials and product life cycle assessments, I expect that footprints may very well be our next generation economic indicators.

I realise this post has been a long haul, and I hope you agree with me that we now have a better insight in the lay of the land. For instance, I did not find a footprint or another indicator that gave information on ocean acidification and I do not know now how the fashion industry contributes to that. Also, I am not happy with the material footprint as an indicator for biodiversity loss, but it does give some insight into possible causes.

I am aware that I did not elaborate on the impact of the fashion industry on the social foundation. Moreover, we may still need some old fashioned indicators in the mix. I stumbled upon a ratio between a footprint, for example domestic material consumption, and GDP, that looked interesting. So, this topic is likely …

Image by Bronisław Dróżka on Pixabay

Nitrous oxide, a greenhouse gas, is on the rise: study, by University of Maryland Center for Environmental Science, 18 November 2019, consulted on Phys.org in January 2021.

Applying Tools to Your Country, consulted on n-print.org in January 2021.