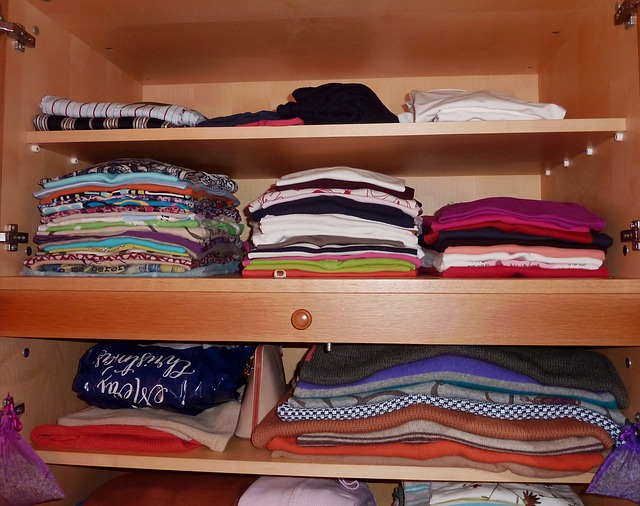 How to describe an industry

Recently I caught myself describing an industry in the old fashioned way. I focussed on the number of people employed in the industry, its contribution to GDP, and, in order to typify the market structure, I tried to find the most up to date information on market shares and company size.

But then it hit me: I was doing what I have always done, whereas we now need a different perspective on industries: a doughnut perspective.

It is not that I cannot discuss the size of the industry in terms of jobs and output, or its relevance for the balance of trade in terms of import and export or capital flows, but I need to expand my assessment.

The approach we use when discussing an industry is to take it from the perspective of the value chain, including usage. When we discuss the apparel industry for example that picture would look something like this:

How would you describe use, or consumption? I have thought of the next questions:

In the Netherlands, for example, people buy on average 46 pieces of clothing each year. This number refers to apparel, which is exclusive of footwear, underwear (including pyjamas), and accessories. The Dutch throw away 40 items of clothing on average each year. A qualitative research among 50 people showed an average wardrobe size of 173 items. With a net increase of 6 items on average each year, it takes almost 30 years to acquire it.

The lifespan of a product is more difficult to assess since it depends on the quality of the product itself, the frequency of use and its treatment. In the case of apparel it is best to measure lifespan through the number of wears. The data I found about the lifespan of garments was predominantly based on the actual lifespan of garments, that is the life it had with the participants in the research. However, that does not tell me much about the technical lifespan of these garments and thus the quality of the produce of the industry.

We have clothes in use for over several decades, while it is nowadays not uncommon to use clothes once or not at all before they are tossed out. The 40 items mentioned before amount to about 13-14 kg per person per year.

As long as clothes are in use, we wear and wash them. Levi Strauss, the first to patent the blue jeans, prefers it that the jeans they produce are washed less frequently. From research into the sustainability of the 501 they learned that consumer care is responsible for 23% of water usage over the lifetime of a pair of jeans, 37% of greenhouse gas emissions and 16% of eutrophication. If you have done our lessons about the nitrogen and phosphorus cycle you are familiar with that concept.

Levis found that wearing jeans ten times before washing could diminish water usage and greenhouse gas emissions from 61% in China to 77% in the US. Their advice is to spot clean instead of tossing your jeans in the laundry basket when you messed it up.

The oldest pair of blue jeans kept in the Levis archive is 136 years old and still wearable. This does tell us something about the technical lifespan of this type of clothing. It is in stark contrast with the actual lifespan of jeans today.

When I was a student, I used to make my own clothes. In those days, the previous century, this made sense. But as I grew older, sewing became less and less an alternative for buying clothes, because clothing prices decreased over the last decades. For the same reason, repairing clothes began to be considered as time consuming and expensive in comparison to the availability and price of new clothes. This quickly became the social norm in the Dutch society, which on the whole no longer engages with clothing repair as a matter of routine. This is changing, because of the efforts of the Repair Cafe. In Japan, mending clothes is even an art, known as Boro Sashiko. Repairing is part of the circular product’s life cycle: refuse – repair – reuse – recycle.

In November 2020 four scientists published an article in Science Direct in which they provided a global scenario for decent living standards for the globe. They developed a bottom-up model to estimate final energy consumption required to provide a decent material living standard to the entire global population. They found that global final energy consumption in 2050 could be reduced to the levels of the 1960s, while the global population is estimated to be three times larger by that time. This requires on one hand a massive rollout of advanced technologies across all sectors, and on the other hand radical demand-side changes to reduce consumption. How do the numbers I presented you with contrast with the numbers from their study?

In the article they included two numbers that are relevant for our topic. The decent living standard would allow us 4 kg of new clothing a year. One kilogram of clothing is equal to a pair of jeans, a singlet and a longsleeved shirt. It also allows for 80 kg of laundry each year. To calculate how much kilograms of clothing go through the laundry cycle each year, I used some information I found in a forum discussion. This boiled down to one load of apparel per week for one person. I assumed, since the person in the discussion was single, a small sized laundry machine of 6 kg, which means a total of about 300 kg a year.

Through all the numbers you may have forgotten what I set out to do: describe the use stage in the fashion industry. What I learned in the process is that it is hard to come by relevant data. I had to patch it up here and there, much like clothes mending. I hope that in the future more data will become available.

I felt it was necessary to contrast real numbers with a notion of what it should be, as stated in the article Providing decent living with minimum energy: A global scenario in ScienceDirect.

So far, I have covered usage only, which I believe gives us quite enough to think about. I will cover other parts of the value chain in future posts.

Image by moritz320 on Pixabay