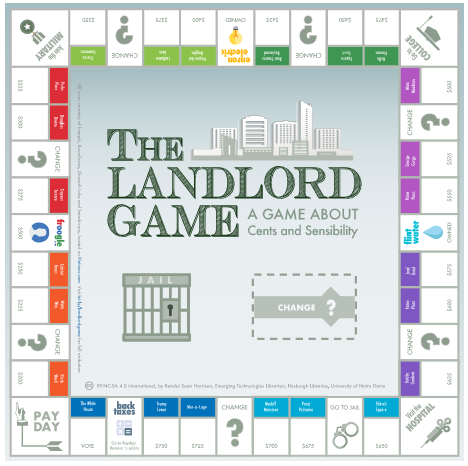 Last week I was fortunate to participate in the first game design session of a game based on Doughnut Economics, that has the working title Seeds.

We made a game design ourselves but because the budget for the game was suddenly recalled, our design ended up on the shelf and Sofia Kavlin was so kind to integrate some of our ideas in her initial design – and that is how I ended up around the virtual table.

There are a few things I want to share with you about this project, but let us not get ahead of ourselves. Today I want to share some board game ideas I picked up in the meeting.

I used to play Monopoly with my son when he was younger, but I never particularly enjoyed the game because of something that is called, if I remember correctly, ‘runaway leader’. Once my son had bought the most expensive street in Amsterdam – and he miraculously always ended on that street first -, my resources would steadily be depleted until I was bankrupt. Often we finished the game before that happened. Just counting our money was enough.

With Seeds, Sofia wants to design a game that stimulates regenerative behaviour instead of the money hoarding behaviour Monopoly seems to encourage. She is not the first who held this against Monopoly and this resulted in two interesting games that I want to share with you.

The first is Commonspoly:

“Commonspoly emerged in 2015 as a way to hack and subvert the contemporary version of Monopoly. Just like in the original, each space on the board provides goods or other resources, but in Commonspoly these goods can be Private, Public or Commons, and the challenge, rather than competing to accumulate goods, is to create a society in which working together furthers the common good.”

One of the topics that teachers who participate in our workshops can choose is ‘allocation systems’. We then discuss how the relative strengths and weaknesses of three allocation systems:  the market (private), government (public) or the commons, can be integrated in a 21st economics education. Through playing a game like Commonspoly students become familiar with the different options instead of taking the market system for granted.

The second is the Landlord Game:

In the video below, Kate Raworth shares a bit of the history of Monopoly, which is closely tied with the Landlord Game:

“Unlike Monopoly, which assumes a level socioeconomic playing field, the Landlord Game more closely reflects actual inequities under the current […] economy. Players quickly find that on the gamut of roles from Owner to Manager to Employee to Unemployed, it is increasingly difficult to avoid bankruptcy as the game progresses. In Landlord, this is precisely the point! By adjusting these and other rules to effect real-world economic disparities at the start of the game, Landlord aims to stimulate a frustration so comically absurd that gameplay evolves into a discussion among the players around the systemic inequities.”

Inequality is one of the other 17 topics workshop participants can choose from. We then discuss how inequality is currently covered in economics and how that can be improved in a 21st economics education. We also take into account the impact of inequality on society as described in the work of Wilkinson and Pickett.

Both games are available as a download, where you print all the elements yourself to assemble the board and the other elements. The links provided above take you directly to the download pages.

Because of the lockdown, I was not able to play the game in a group myself, therefore I hope that anyone who has tried the game at school is so friendly to share their experience with us.

Note 19 July 2021: The Landlord Game has it name changed in the Social Justice Game.