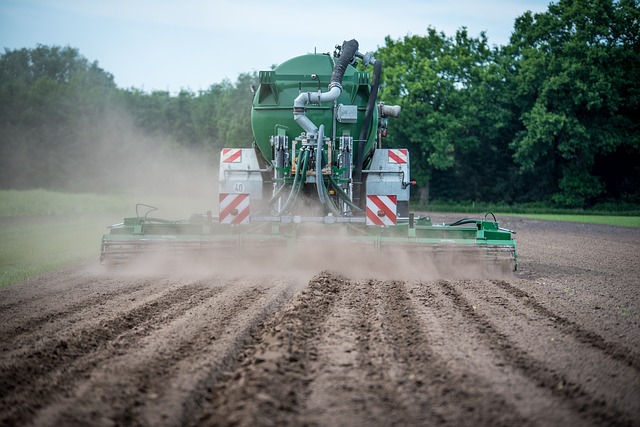 Human interference in the nitrogen cycle

If you follow our posts, you are aware that the last post was about the nitrogen cycle. More specifically: what  should a lesson on the nitrogen cycle look like? The question before that was if the biogeochemical cycles should be part of a 21st century economics education. I gave some reasons why I believe they should, and it may be clear I am now following up on that premise.

When I look at the nitrogen cycle I find that we interfere on different levels in different ways. I give four examples.

Through the production of fertilizers

A german scientist, Fritz Haber, found a way to fixate nitrogen without the use of nitrogen fixating bacteria. This allowed humans to produce fertilizers based on nitrogen. When nitrogen is in short supply it limits plant growth. Supplying nitrogen fertilizers enhances growth in the short run. So, humans were, through this process, for which the scientists received a nobel prize, able to ‘correct’ or ‘aid’ nature.

The process is called the Haber-Bosch process, and it subtracts nitrogen from the atmosphere to transform into ammonia. This is used in the production of ammonia based fertilisers which are added to the biosphere – the soil. In 2015, when the planetary  boundaries course was first published, the extraction of nitrogen gas from the atmosphere by humans was higher than natural nitrogen fixation.

Through the use of fossil fuels

Plant and animal waste that has been decomposed without the use of oxygen will, when given the chance, in millions of years transform into fossil fuels. When humans discovered that fossil fuels, first coal, later petroleum and gas, can be used as a source of energy we started to extract them. To use the energy stored in these fuels, we have to burn them. By burning them, we add nitrogen oxides to the atmosphere.

Industrial livestock production is a relatively recent development in the history of agriculture. It started in the latter part of the Industrial Revolution in the late 19th century. The discovery of vitamins for example, led to the use of vitamin supplements in chicken nutrition, which made it possible to raise chickens indoors.

Industrial animal breeding is designed to maximize production, while minimizing costs. To achieve this, large scale production facilities keep livestock such as cattle, poultry, and fish at high stocking densities. This has been made possible through the discovery of antibiotics and vaccines, which reduce disease. The result of these large scale, high stocking density, production facilities has led to concentration of animal waste in small areas.

Industrial livestock production has decreased prices and consequently increased demand. This resulted in an increase in the number of livestock by 53% and of meat production by 142% during the period from 1969 – 2014. Both numbers are exclusive of poultry, which has shown a different development altogether. For illustration: the chicken livestock has soared with 329% in the same period.

These animals need to be fed. Legumes make up a large share of forage crops. Legumes are nitrogen fixating plants, which also make nitrogen available for other plants. For industrial purposes forage crops are cultivated as a mono culture.

Urbanization has led to a concentration of human excreta too. In general, this human waste is disposed of through sewage systems, ending up in urban wastewater. What happens then, depends on the water treatment facility. When the nutrients from our waste is filtered out, it will in general be dried and subsequently burned, thus adding nitrogen oxides to the atmosphere. If it is not filtered out, it is discharged in open water, adding nutrients – ammonium, nitrites and nitrates – to rivers, estuaries and coastal waters.

But more importantly for the design of a 21st century economics education is, I believe, that these examples show, without a doubt, the relation between economics as we know it and the ecological ceiling. You will undoubtedly agree with me that in all examples (business) economic decisions led to a change in the nitrogen cycle.

Image by Wolfgang Ehrecke via Pixabay