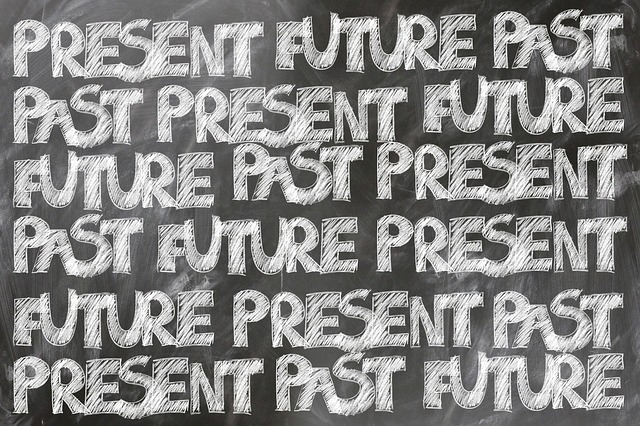 The last few weeks I have been deep into footprints in general and the water footprint in particular. It feels like I have to climb out of the rabbit hole. But not until I shared the Water Scarcity Atlas with you. From the image below, which is a still from an animation, I learned that there has been water scarcity in the area I recently moved to, since the beginning of the last century. Although I have been born in a neighbouring country, I have been completely unaware of this. It does throw a light on the commonality of rainwater cisterns in my area, whereas this is only a recent development in the country I was born. The time series you can find in the Water Scarcity Atlas provide an insightful visualisation of freshwater related problems.

Every vertical bar in this graph represents one year, from the beginning of the measurements at the beginning of last century until the present. The colour indicates the average temperature of each year measured in De Bilt, The Netherlands: blue for relatively low temperatures, with the lowest 7.8 degrees Celsius in 1963, red for relatively high temperatures, with the highest 11.7 degrees in 2014 and 2020. By now you may think that I made an error, and I should have typed ‘warning stripes’. I did not, but I share your thoughts.

Nevertheless, for my son, who was born at the end of 2000, there has been less of a warning. At the same time, when I look at this graph, I realise that my parents, who were born in the second half of the 1930’s are like the boiled frog: witnessing an increase in the average temperature over a long period of time, hardly noticing what was going on. But mind you, what has been going on for the last two decades did not escape their attention.

Time present and time past

Are both perhaps present in time future

And time future contained in time past

This is a quote from the poem Burnt Norton by T.S. Elliot. I heard these words when listening to an audiobook. It made me think of a conversation we had with a professor of ‘future thinking’, a technique that translates past events into the future. When we look at the still from the Atlas and the warming stripes of the KNMI, it is not hard to see where this is going when we do nothing. Therefore I believe that going over past trends with students, to get a grasp on the future, might be a valuable addition to a 21st century economics education.

At the same time, the quote from the poem seems to imply that past and future are both implicated in the present. The present as a result from the past, and a forebode to the future.

Image by Gerd Altmann on Pixabay